1 of the most incredible vocalists (and bands) to grace the Progressive Hard Rock/Metal scene to date. 1 night to remember.

Kick-starting the sold-out evening in true, theatrical style – the Nordic Giants disguised themselves behind costume, performing a live soundtrack of seamless drums, cymbals, synth and keys to support a projection of acting.

While it felt as if the audience were focused on the ongoing plot of events which was unfolding on the screen before their eyes, it was clear that the Nordic Giants won the crowd over by the end of the performance. All thanks to their thumping, rhythmic drum beats and fast-paced, extremely talented fusion of instruments and sounds. 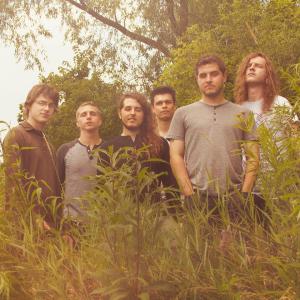 It’s safe to say that The Contortionist – a six-member, self-proclaimed ‘cosmos evoking progressive rock’ band, were the perfect choice as second and final support to headline act TesseracT. From the very first note, vocalist Michael Lessard had the audience in the palm of his hand – perhaps for different reasons beyond the obvious.

Yes, he has an unquestionably, incredible vocal range. Yes, his deep scream is an unnatural contrast against those high notes. But the most obvious reason that he gained the audiences entire attention and sole focus (visually), was his interaction with the music, repetitive jutting head movement and some might say ‘psychedelic’, trance-like moves. Besides all of the above, a sharp, contrasting interplay of guitar, keyboard and drum beats really made the performance. 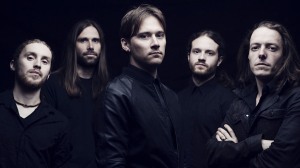 As the stage fills with bright beams of lighting and the audience scream for their favourite band, Daniel Tompkin enters the stage with the rest of the band in tow, launching straight into extremely popular hit ‘Phoenix’ (from recent album – Polaris).

While the set-list included a number of tracks from Polaris, the band didn’t forget their older hits and long-supporting fans – which is why they also performed popular 2013 hit ‘Nocturne’ and 5-year old track ‘Deception’. Daniel’s INCREDIBLE range was continually supported by the growling vocals of bassist Amos Jones – while Martin Grech joins the band to perform ‘Hexes’.

All the while, an impressive experimental, math rock/metal backdrop of music (crisper than anything you’ve ever heard before) blasted from the sound system – leaving the audience in awe. Relentless drum beats, contrasting synth rhythms and extremely unique riffs; the Bristol based performance at former cargo ship ‘Thekla’ really marked the band’s extreme capability to outperform their recorded material – a true rarity in the music industry.

As a huge music fanatic and avid gig attendee, I’d like to confess that this was quite possibly one of the best, most seamless live performances that I have ever witnessed. Tesseract get a huge thumbs up from me and have been added to my ‘bands to watch again’ list.

Didn’t find what you were looking for?